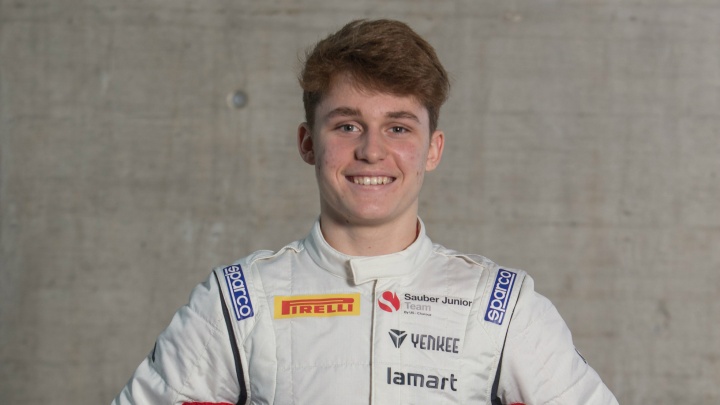 Roman Stanek and Niklas Krütten join the final round of the 2019 F4 UAE Championship. They will debut on Thursday February 28.

New Sauber Junior Team signing Roman Stanek will join Dragon Racing as their fourth driver in the final round at Dubai Autodrome. The race can be seen as preparation for his first year of car racing. He will participate in ADAC Formula 4 and Italian F4 this season with Ralf Schumacher’s US Racing team.

Not new to F4 UAE is driver Niklas Krütten. The German returns to Mücke Motorsport to prepare himself for a long season. Just like Stanek he will driver ADAC Formula 4 and Italian F4, but for him it is his second year in both series. Last year he finished 8th in the final standings, taking three podiums and a win at the Nürburgring in the process. In Italian F4 he finished in 13th with a highest finish of 6th. In both series he will race for Van Amersfoort Racing.

In the fourth round of the F4 UAE championship Matteo Nannini and Lucas Alecco Roy both scored two wins. Rookie and Xcel Motorsport driver Nannini now leads the championship with a 55 points advantage over his nearest rival Joshua Dürksen.