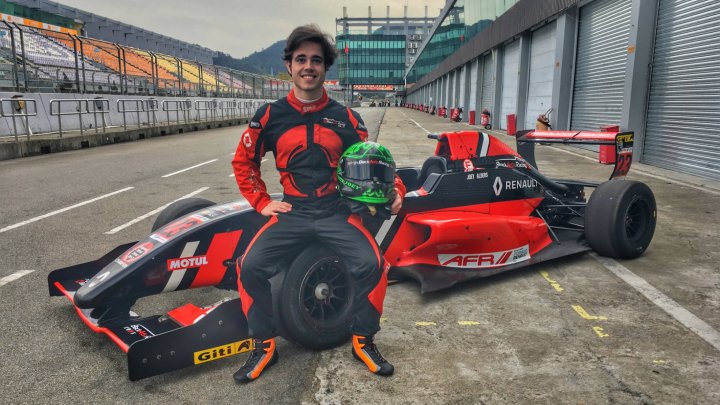 BlackArts Racing have signed Joey Alders for their Asian Formula Renault (AFR Series) season. The Dutchman debuted for them in the Asian F3 Winter Series.

Things are moving rather quick for young Joey Alders. He only made his car racing debut last year at 18-years old. He did a year of ADAC F4 and finished 11th in the standings and 4th as a rookie. This year he participated in three races for his new team to be BlackArts Racing, with 8th as his highest finish. In between he already tested a Formula Renault car with BlackArts Racing.

The Dutch driver refers to that test as he is happy with his new team. “I want to thank the team for the progress we’ve made together so far in the Formula Renault and also of course in last weekend’s F3 races.”

Team Principal Bill O’Brien also refers to Alders’ testing. “Joey impressed us immensely in his recent Formula Renault test days here in Zhuhai with an incredibly fast lap time. He then showed great potential in the F3 car last week, improving by more than a second in each  practice sessions. By the end of the weekend, he was among the top five in consistent pace.”

The AFR Series will kick off at the Zhuhai International Circuit in China March 23-24.