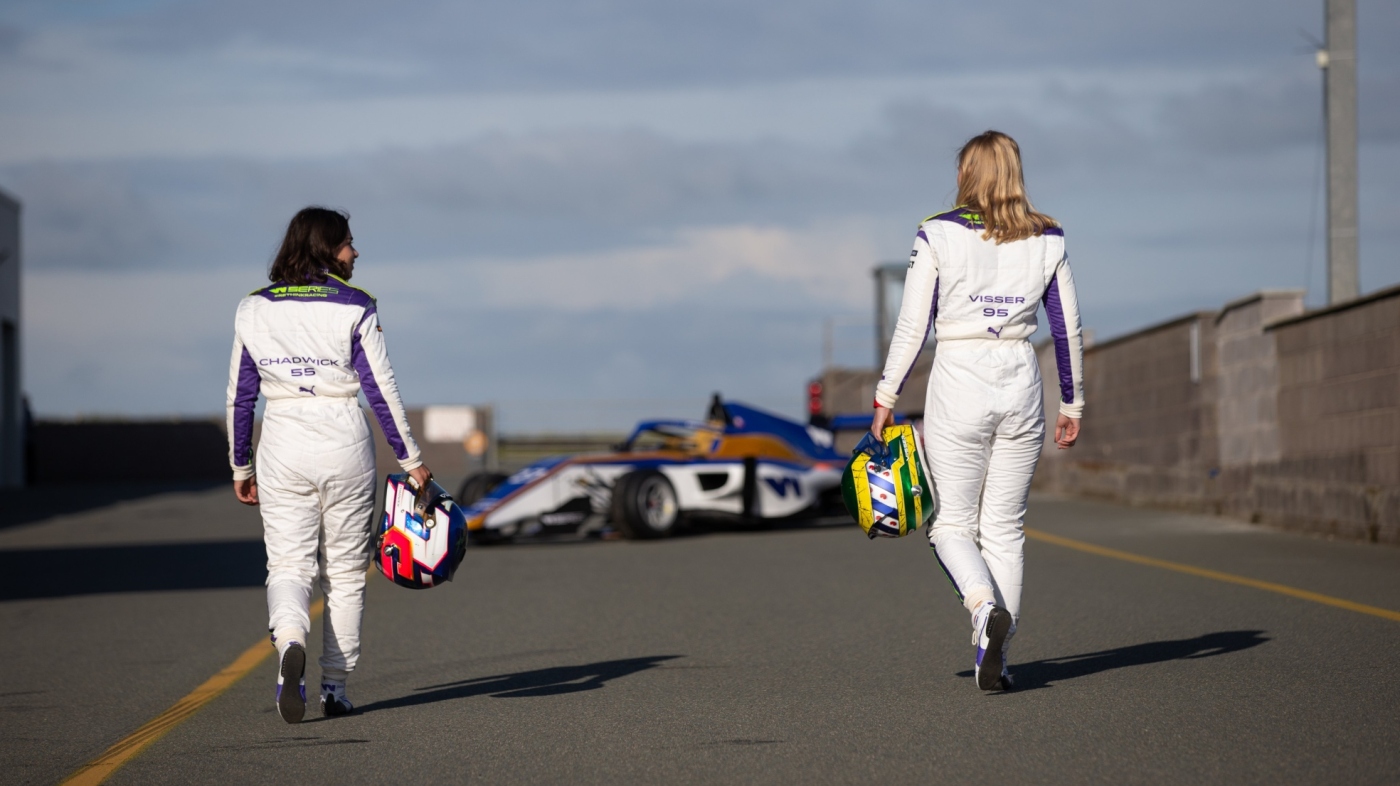 It was a close battle two years ago between Beitske Visser and Jamie Chadwick, but in the end the Dutch driver lost out on the title by ten points. But she’s back with a vengeance and very confident that with more experience in the bag (WEC, anyone?) she can beat her rival to the title this time.

“It is important that I get off to a fast start in Austria next month, so this week’s pre-season test is vital. I have driven at Anglesey once before – in British F3 in 2017 – and the track is perfect for testing so I am sure we will all learn a huge amount over the five days.

“Retaining the W Series title is the goal this season, but it will be tougher than in 2019. The grid has more depth this year and the likes of Beitske Visser have gained lots of valuable experience in other series since the last W Series race nearly two years ago. Beitske will push me hard and be one of my main rivals for the title again.

“Through my work with Prema in the Formula Regional European Championship last year and my development driver role with the Williams F1 team, I have learnt so much about how to approach races and I hope that will make the difference this year. Racing at some of the best circuits in the world will be great, but winning at them will be even better and that’s the aim.”

Jehan Daruvala and Will Buxton join the F1 Feeder Series podcast and shockingly make Jim and Floris converse about something called Formula One... However, with Daruvala testing the McLaren MCL35M at Silverstone, we can excuse them! In this episode, we dive into: 🏎 Daruvala's first F1 experience 🎓 If F2 drivers can graduate for 2023 2️⃣ How things have changed since the GP2 (and GP3 days) 🇮🇳 Where Jehan goes for an annual curry 🖕 And why Will isn't a fan of Owen Wilson... If you'd like to help Jim and the Floop team in the food fight against climate change, you can be a backer of the crowdfunding here: https://bit.ly/iggfloop iPhone users can download the Floop app for free now: https://apple.co/3NnhphS And you can follow Floop on social media by heading to: https://www.thefloopapp.com/ #formula2 #formula1 #roadtof1 #FIAFormula2 #formula4 #silverstone #britishgp #britishgrandprix  Don't forget to like this video and subscribe to the channel! Who says junior single-seater reporting has to be boring? The F1 Feeder Series crew is here to bring you the latest on the world of feeder series, from Formula 2 all the way down to Formula 4 and everything in between. Like what you hear? Follow everyone on this podcast! Floris Visman: https://twitter.com/FlorisVisman Jim Kimberley: https://twitter.com/JimKimberley Jehan Daruvala: https://twitter.com/DaruvalaJehan Will Buxton: https://twitter.com/wbuxtonofficial Aside from the podcast, you can find us here! Website: https://f1feederseries.com Twitter: https://twitter.com/F1FeederSeries1 Instagram: https://www.instagram.com/f1feederseries 00:00 - Intro 04:30 - Daruvala's McLaren F1 Test 10:20 - Who could reach F1 in 2023? 21:24 - Will's GP2 and GP3 Memories 27:50 - AskF1FS 34:30 - Jehan Daruvala's 2023 Plan 41:50 - Can Daruvala Speak Hindi? 57:20 - Jehan & Will Talk Curry 1:00:23 - Outro