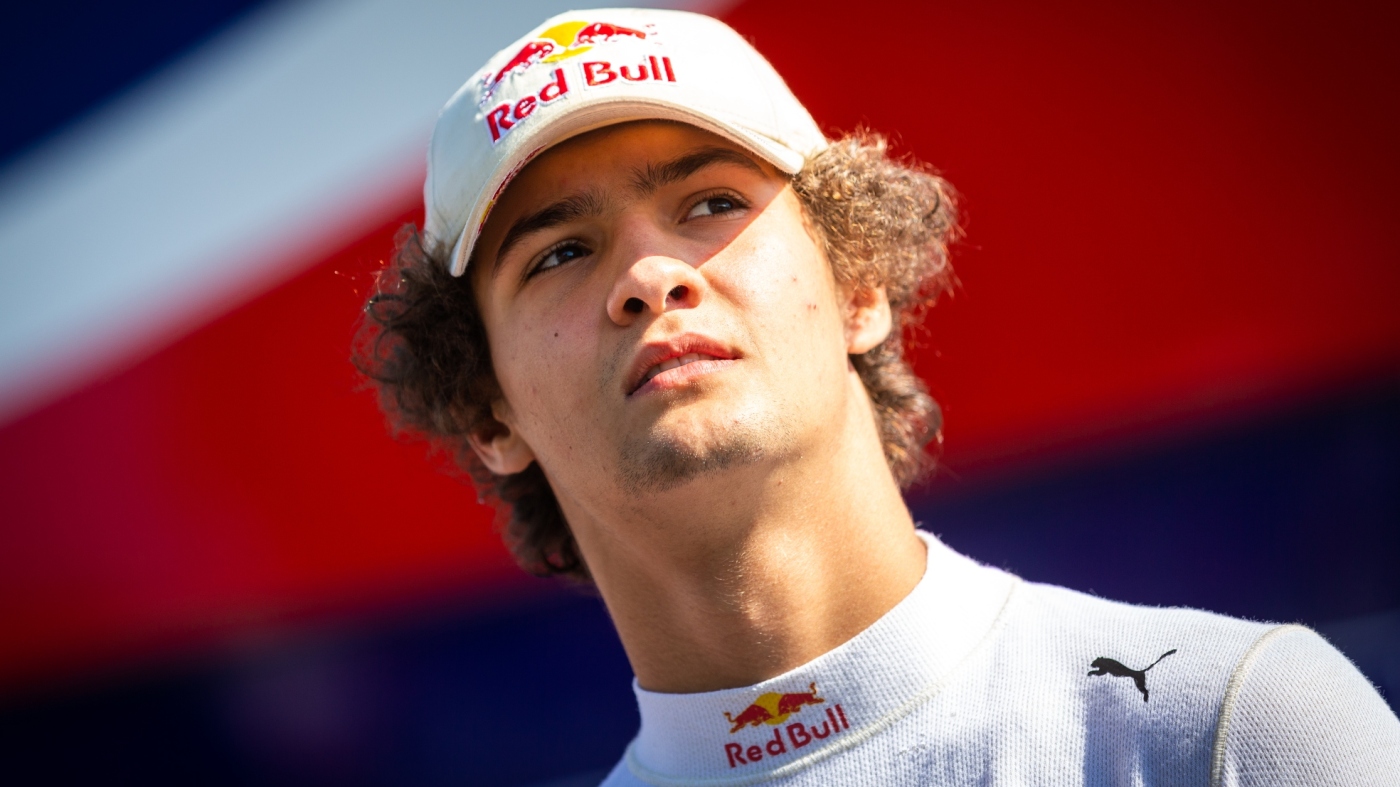 From being too young to compete to driving two series in one year, 2021 has been a year of extremes for Jak Crawford. And that show in his results. Where the Red Bull Junior has shone in Euroformula Open, he had a tougher time in FIA Formula 3.

Red Bull and Jak Crawford decided that a double program would be the way to go in 2021. He isn’t the first Red Bull backed driver to do so, for instance Liam Lawson and Yuki Tsunoda both competed in Euroformula Open and FIA F3 back in 2019, resulting in mixed results. Lawson finished second to EF Open champion Marino Sato, while he took 11th in his rookie FIA F3 year. Tsunoda was 4th in EF Open and finished two places higher than the Kiwi in FIA F3.

For Crawford things are heading in the same direction. The season is about half way and the 16-year-old is currently third in EF Open despite missing five races and sits in 20th in FIA F3. Competing in two series at the same time does have some advantages. It gives a driver way more track time and you have more change at getting a good haul of super license points.

But the American knows the pressure is on. Even though he is still young (so young that he was forced to sit out the first two races of the EF Open season) he knows he has to perform straight away as a member of the Red Bull Academy. “It has certainly been a mixed year for me so far. It would be wrong to call it a learning year because I need to be performing well, but I am learning a lot about the cars, the format, and about myself. It is making me a stronger person and a better driver.”

And it shows. In Euroformula Open he put in one great performance after the other with Team Motopark. He highlights Imola as his best performance. “I have been on every pole position for races I was able to participate in for EFO, but at Imola I was at a different level than everyone else. It might be my favourite track in the world and very much suits my driving style, as does the EFO car with its higher downforce. There will be more opportunities for wins in EFO, but my focus is mostly on doing things to turn my FIA F3 season around.”

And that might be the smart thing to do if he wants to save his season. With just three points finishes in twelve races and a highest finish of 8th, he is trailing his Hitech GP team mates Roman Stanek and Ayumu Iwasa who is also in the Red Bull Academy. Iwasa, also a rookie, even won a race. Last round at the Hungaroring showed how tough his season has been, Crawford explains.

“The low point of the year was just last week in Hungary racing FIA F3. It all started in free practice with too much understeer.  Me and the car were just not in sync for the track.  My first push lap in qualifying was off my teammates by .2-.4 tenths.  Due to bad luck, I didn’t get a second push lap that would have probably put me higher in the order.  That small difference in time is the difference between being up front and winning and being near the back of the field.”

Crawford is not one to blame everything and everyone but himself. he is brutally honest when it comes to his own mistakes.

“I have had a couple of ‘what could have been’ opportunities in both FIA F3 and EFO. I started second at the Paul Ricard FIA F3 event, but had a start issue. That was a mistake I made with my clutch map adjustment. Then, at the Red Bull Ring for FIA F3, I could have easily had pole because I had the fast theoretical lap and then a win in race two but had bad luck incidents including a blown motor.

“There have been some other missed opportunities, some my fault and some just bad luck. I have made some frustration errors as well. Other than at Hungaroring in FIA F3, my natural speed has been shown each weekend.”

Second half of the season

The season isn’t over yet and Crawford is looking to improve himself in the final months, but is weary of putting too much pressure on himself.

“There are only three FIA F3 weekends remaining, including a race weekend in the States (Austin’s Circuit of The Americas in October). There is a push to do better, but not to push myself to the point of too much pressure. There are really only subtle changes needed by me, my team, and some luck to change. I am focusing on making my own good luck and putting myself in better situations so good things will happen.”