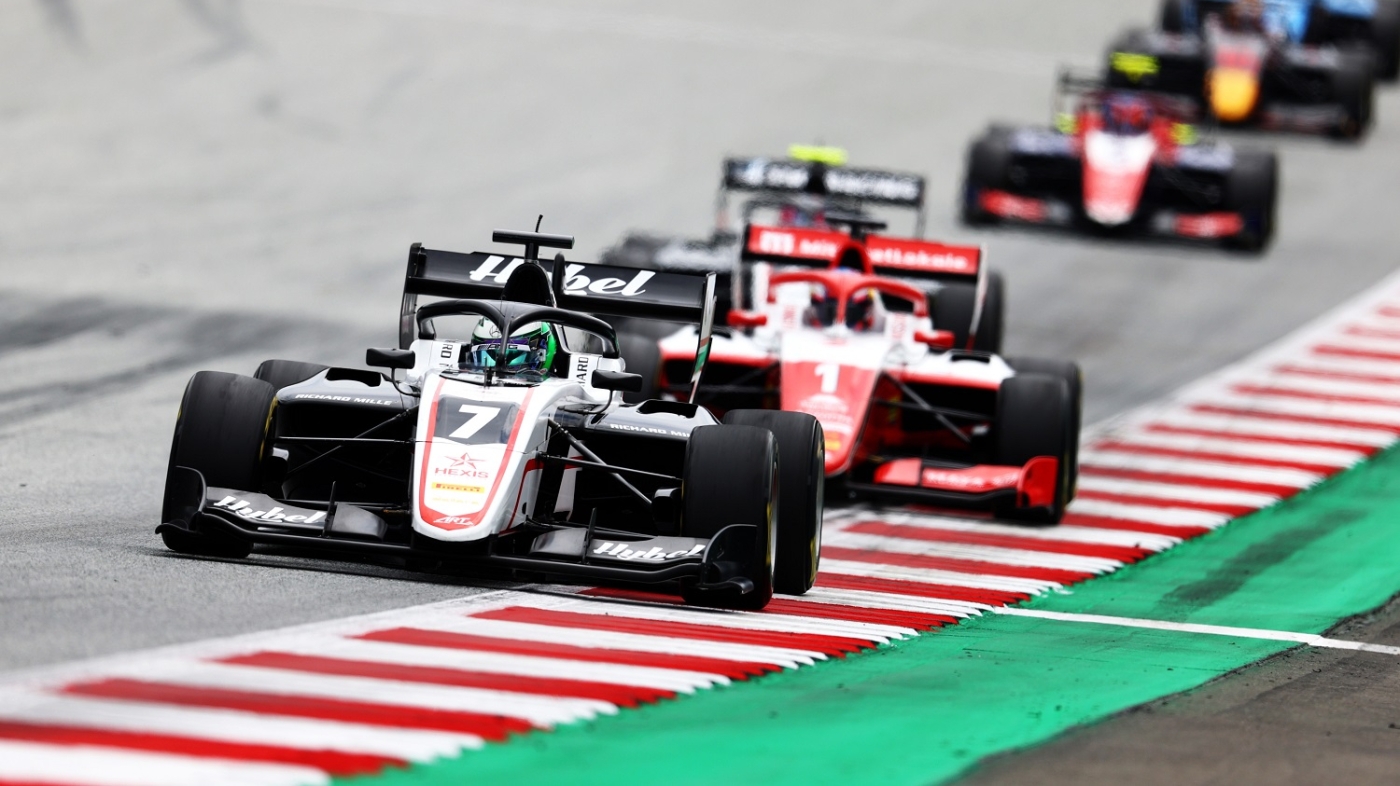 The journey to the very top of the pyramid in world motorsport is notorious for being one of the most challenging tasks in sport, with all the series leading up to Formula 1 being intensely competitive on top of ever-increasing budgets the further you go. And as ART Grand Prix’s Frederik Vesti confesses, the positives from having support from a strong team as well as being part of a driver academy cannot be understated in such a cut-throat world.

If we rewind back to 2019, Frederik Vesti entered the Formula Regional European championship off the back of a fourth-place finish in the Formula 4 ADAC Championship the year before. And joining the might of the Prema Powerteam, Vesti looked to treat 2019 as a preparation year for FIA F3 and beyond. The Dane would go on to dominate the campaign, scoring 13 wins to take the title.

“Well, the Regional car is about 10-12 seconds slower on average per lap, so there’s a lot less power and downforce and in general that makes the car behave very differently. It’s also much heavier. You can’t really compare the driving style.

“The good thing about Formula Regional is that you have about fifteen test days during the season, whereas you only have less than half of that in F3. This really gives the opportunity for drivers that have more to learn before they want to go up to F3. There’s a lot more driving in general, with plenty of races and even two qualifying sessions per weekend.

“I would say in Formula 4 and Formula Regional you’re preparing your tools and preparing yourself for F3 and beyond. You can see in F3 already that the track time is limited, with just one 45-minute practice session, which only gives us maybe two runs each and then straight into qualifying.

“I was happy I did Formula Regional, and I had a great year. I was approaching 2019 as a preparation year with Prema. It was a great year for me, I did lots of testing and lots of races, and of course I won the championship, so it was a very good year in helping me.”

And after a strong maiden campaign for the Italian feeder series giants of Prema in FIA F3 in 2020, Vesti moved teams to ART Grand Prix in 2021 with his aim set solely on claiming championship gold. He expresses how happy he was with the change in scenery, and the main differences in the two teams.

“I’ve been really happy with my change. It’s been quite a great challenge for me, learning a new team boss, new engineer, new team mates of course, but also a new car. It’s been a healthy and positive change for me, and in a way the team is very similar to Prema in the way they prepare in all the performance. But I would say that ART are more focused on just the racing side. I would call them old school because the factory is all modern, but the atmosphere is very direct and honest and all about performance.

“It’s a very cool environment to be in because it matches my own personality. Really a lot of focus on the performance and how to improve. Prema are focused on many other things like social media. When I moved to ART it’s just been racing focused, whereas with Prema I had more things to do outside of racing, like filming video at the beginning of the year. It’s just a bit different here (at ART, ed.).”

January 2021 would prove to be a high watermark in the career of Vesti, with the young Dane claiming a place in the highly coveted Mercedes Junior Academy. He explained his feelings in joining the team, as well as how they’ve helped with his overall performance this year and how the outside perception of cold atmospheres within driver academies isn’t necessarily true if you’re performing well.

“They’ve been a big help. They have lots of experience so if something isn’t right, they’re there to help. That can be either from a management side or even an engineering side at Mercedes F1. They can help with issues on the car. It’s a big bonus, and you feel more surrounded by a group which is very important in this sport.

“As it is with every other driver programme – if you perform and show progress and show that you have the potential to become the best in the world, they’ll support you with everything that you do. It’s all about results. But secondly, it’s also super important to show that you’re motivated and that you can improve. It doesn’t matter if you’re the best F3 or F2 driver currently, because if you don’t improve and evolve then you won’t be ready for F1. This is the problem that many don’t understand and why it’s so difficult to be a junior.”

As with any up-and-coming driver in the immediate feeder series below Formula 1, the talk of the paddock is always about the next step. And with Frederik Vesti, that’s no different. He states how Formula 2 is the obvious choice for him in 2022, albeit with budget issues that have plagued many drivers through the years. He outlines his wish of a lower admission fee into motorsport’s upper echelon of series. But for now, he admits that his sole focus remains on finishing the Formula 3 season in style before focusing on what comes next.

“F2 is definitely the natural goal for me, and we are pushing to make that happen. But it’s a massive budget to drive in F2, especially if you’re looking to join a top team. We’re still only at the halfway point with the F3 season and my focus is still fully on this year’s championship and still will be for quite some time.

“I think the budget should be lowered. But it’s incredibly difficult to manage. I haven’t done a crazy amount of research on it, but if you look at how many people are working, the huge trucks and the fastest cars in the world – for sure that’s costing a lot of money. It will always be a very, very expensive sport. You really need to have your sponsors with you on the journey. I think it can be changed but it’ll be difficult to make it realistic for every single driver coming up. There’s only a certain number of sponsors that want to invest in racing and that’s a key point.”