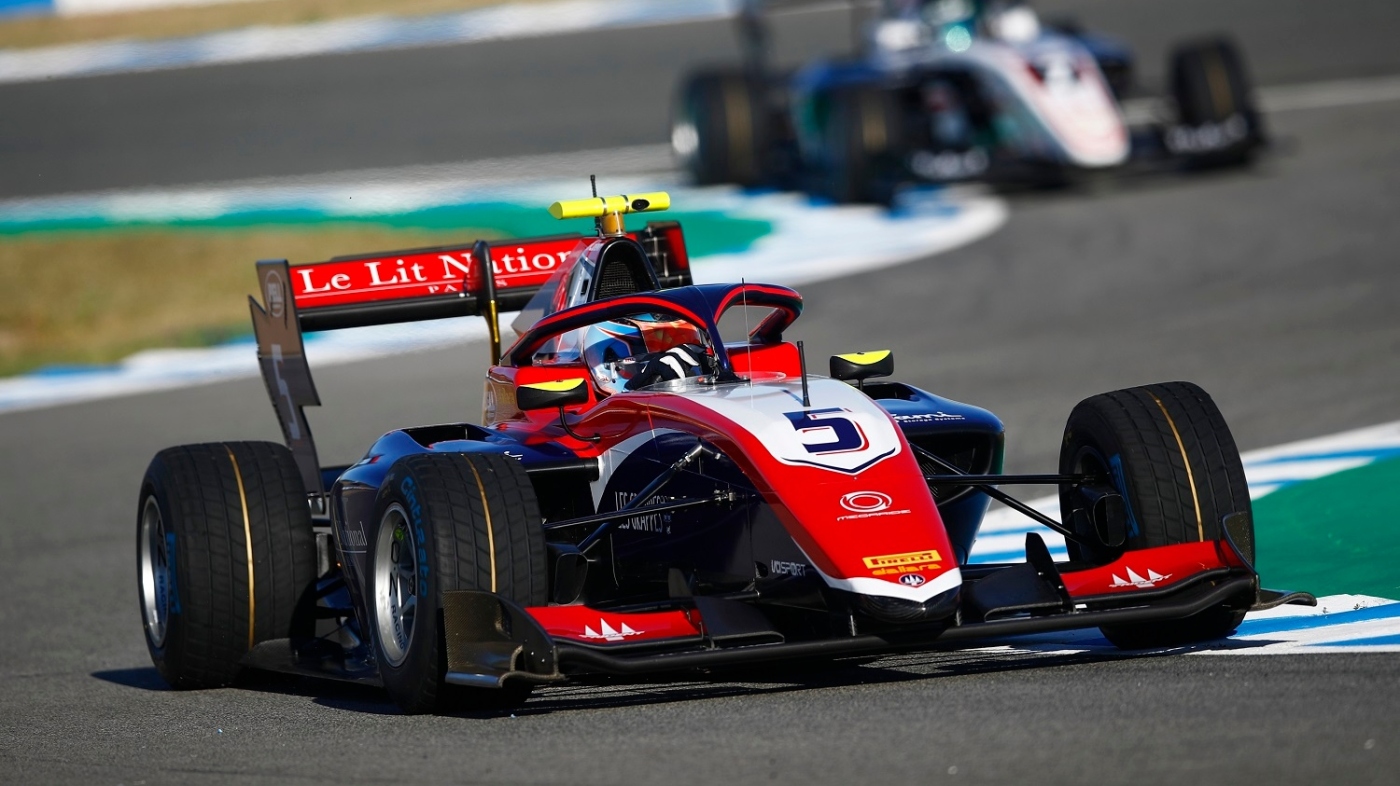 Clément Novalak is currently in his second year of FIA Formula 3. That means the next natural step would be Formula 2 and that is his goal, but the French driver wants to keep his option open for the future.

In full preparation for his Spa-Francorchamps F3 weekend, Clément Novalak already started some talks regarding the 2022 season. “Well, there are always talks going on. In any championship when you reach mid-season, every driver is already starting to look at what they are going to do the next year. So there are already some very positive contacts with some F2 teams for next year.”

“There is much more tyre management in F2 compared to F3, and I impressed several people with my tyre management during the F2 post-season testing I did last year. I got several calls, which is positive. It will be something I will focus on after Zandvoort: I will have nearly two months in front of me before going to the USA for the final F3 round, so plenty of time to discuss it without having the pressure of having a race just after.”

Most feeder series drivers want to join a Formula 1 academy as it gives a driver the biggest chance to reach F1, but Novalak is a bit on the fence. “Well, it’s interesting especially when it comes to marketing because it always motivates sponsors to join you. However, my father always told me ‘try to enter an academy as late as possible’, because once you’re in an academy, you are told where to go, what to do with your career… even though not all academies work the same.”

He continues: “When you are in F2 or F3 and you are not affiliated to anybody, you get a lot of offers. It is up to you to judge what team is the most interesting and the best for your career. For example, Piastri is having an amazing season in F2 but he doesn’t have any place in F1 with Alpine. But don’t get me wrong: an F1 academy always offers some advantages. The earlier you have connections with people in F1, the better. For me, I’m just walking down the road and we’ll see what happens!”

But in the long run, in which championships could we see Clément Novalak? Most drivers only dream about F1, but that is clearly not the case for the Frenchman who is open to different options. “I’m not like most drivers who’s only target is to reach F1. Of course Formula 1 will be my ultimate goal, but I’ve always been fond of Formula E… WEC, especially with the Hypercar regulations… IndyCar, I love watching it when races are not too late here.”

The Trident F3 driver wants to work in motorsport, whatever the domain. “I’ve also studied a lot of business at school. I am attracted to the idea of entering the motorsport business one day. Not necessarily to join a F1 team, maybe to join another series. Create my own team or even work for the FIA in the future if I get the opportunity at some point. I mean, I love driving but most of all, I love the universe of motorsport in its entirety.”

Two time Formula E champion and WEC driver Antonio Félix Da Costa is a very close friend of Novalak. The Frenchman revealed he could already have participated in the 24 Hours of Le Mans thanks to the help of the Portuguese driver: “Last year, I tried to do Le Mans in the LMP2 category. With the help of Antonio, I applied for my licence and I was telling myself I could be a Silver driver.” (WEC drivers have a Bronze, Silver, Gold or Platinum licence and LMP2 teams need to have at least a Bronze/Silver (amateur) driver in their squad, to have a balanced line-up between the different teams, ed.)

“So I could have done Le Mans for free, because many teams would have hired a very quick Silver driver! It could have been really interesting, but we did the online application on the FIA website and I finally got a Gold (professional) licence [meaning he was not attractive for LMP2 teams anymore, ed.]. Aaaah, I was so disappointed! (laughs).”

But Clément Novalak is sure his chance will come sooner or later: “Anyway, joining Formula 2 means we get to perform on a professional level even though we need to bring sponsors and pay to drive. And drivers with a professional level always attract teams, whatever the championship. F2 drivers who are in the top ten of the standings always attract WEC teams for example.”

Jehan Daruvala and Will Buxton join the F1 Feeder Series podcast and shockingly make Jim and Floris converse about something called Formula One... However, with Daruvala testing the McLaren MCL35M at Silverstone, we can excuse them! In this episode, we dive into: 🏎 Daruvala's first F1 experience 🎓 If F2 drivers can graduate for 2023 2️⃣ How things have changed since the GP2 (and GP3 days) 🇮🇳 Where Jehan goes for an annual curry 🖕 And why Will isn't a fan of Owen Wilson... If you'd like to help Jim and the Floop team in the food fight against climate change, you can be a backer of the crowdfunding here: https://bit.ly/iggfloop iPhone users can download the Floop app for free now: https://apple.co/3NnhphS And you can follow Floop on social media by heading to: https://www.thefloopapp.com/ #formula2 #formula1 #roadtof1 #FIAFormula2 #formula4 #silverstone #britishgp #britishgrandprix  Don't forget to like this video and subscribe to the channel! Who says junior single-seater reporting has to be boring? The F1 Feeder Series crew is here to bring you the latest on the world of feeder series, from Formula 2 all the way down to Formula 4 and everything in between. Like what you hear? Follow everyone on this podcast! Floris Visman: https://twitter.com/FlorisVisman Jim Kimberley: https://twitter.com/JimKimberley Jehan Daruvala: https://twitter.com/DaruvalaJehan Will Buxton: https://twitter.com/wbuxtonofficial Aside from the podcast, you can find us here! Website: https://f1feederseries.com Twitter: https://twitter.com/F1FeederSeries1 Instagram: https://www.instagram.com/f1feederseries 00:00 - Intro 04:30 - Daruvala's McLaren F1 Test 10:20 - Who could reach F1 in 2023? 21:24 - Will's GP2 and GP3 Memories 27:50 - AskF1FS 34:30 - Jehan Daruvala's 2023 Plan 41:50 - Can Daruvala Speak Hindi? 57:20 - Jehan & Will Talk Curry 1:00:23 - Outro