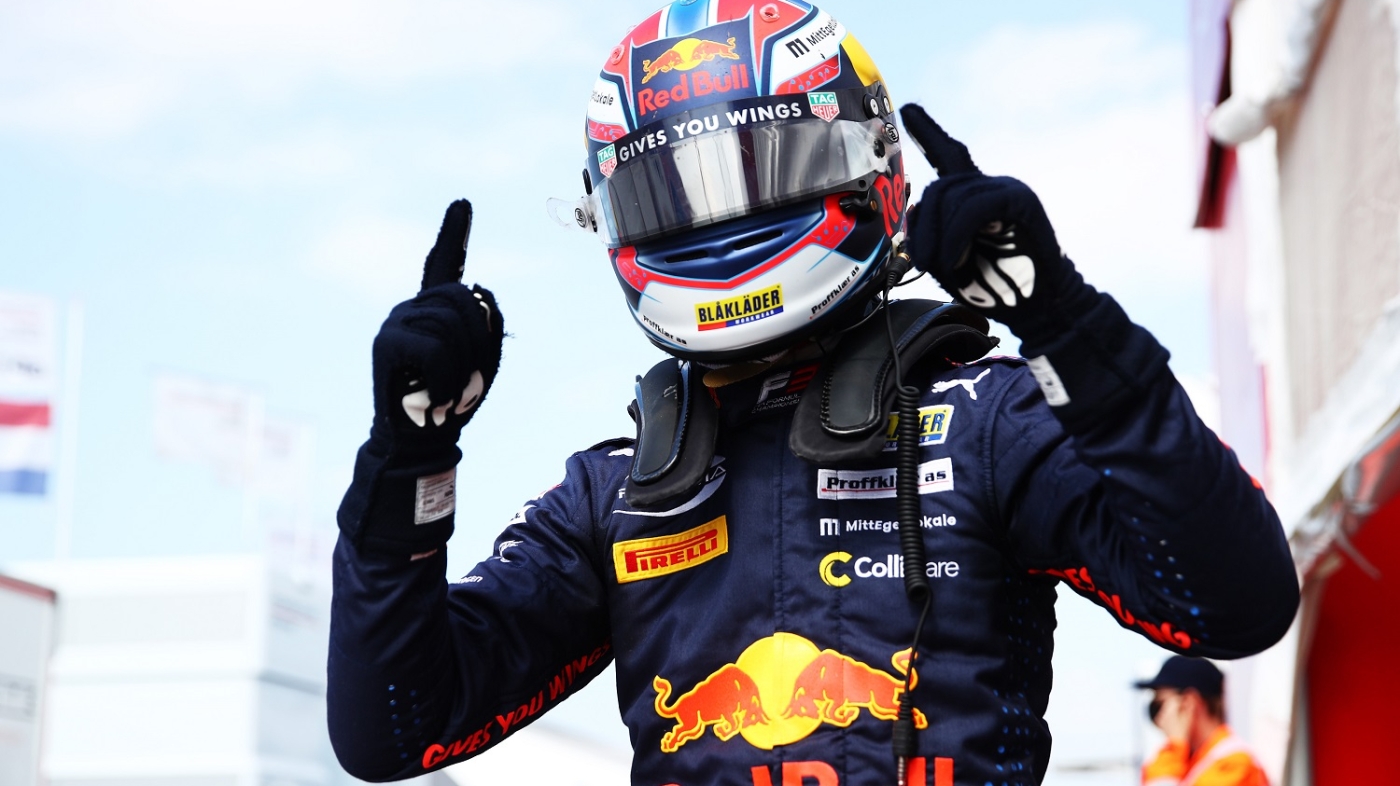 Formula 3 Championship leader Dennis Hauger regained the initiative in his hunt for the title after qualifying on pole in the penultimate round at the Zandvoort circuit he called ‘a rollercoaster’.

After a poor weekend by his standards last week at a rain-soaked Spa-Francorchamps, gaining just 6 points compared to his title rival Jack Doohan’s 44, Hauger has kept his head down and focused on taking his third pole of the season. His two previous were at Catalunya in Round 1 and the Red Bull Ring in Round 3.

“Obviously it’s a really good feeling to have a good start to the weekend. I felt really comfortable and the track is really awesome. To come back from Spa which was quite difficult as a team and get that pole was quite important.

“For sure it is important to get that pole. After losing some points in the championship at Spa, I think it was nice to bounce back and show that we have the pace and confidence to keep the title race going.”

The Norwegian Prema driver had a strong session throughout and was in P2 with less than five minutes remaining when a red flag was brought out after Hunter Yeany’s Charouz came to a standstill at the banked Turn 3 of Hugenholtz. When the cars re-emerged they only had time for a couple of flying laps and with less than a minute left, Hauger put his car on pole with a time of 1:24.580.

Hauger was especially vocal after producing his pole lap and his expression over the team radio clearly showed how pleased he was with the performance.

“I think it was the way we came back from last weekend that made it a bit extra special. We were slightly lost last weekend and managed to get some decent places gained in Race 2 and 3 but overall it should have been more and was a tough weekend. We have worked our asses to get back on top.”

The newly renovated Zandvoort circuit is certainly receiving a lot of praise from drivers in every category. With overtaking seemingly not the circuit’s strong point, the emphasis was always on qualifying. For Hauger, the experience was definitely one to savour.

“Honestly it’s like a rollercoaster. There is so much camber and everything is very technical. You always have to focus forward to the next corner. There are fast sequences and it is really cool to be on edge around there. Nothing forgives you if you make a mistake so you really have to put it all together.

“To be honest I’m really enjoying this track, it’s really different. You really have to maximise everything. It is a tight circuit at high speed but with some cambered corners. Every corner is different. I wouldn’t change much, maybe a bit more space so it is easier to overtake for races but other than that, for a pure qualifying lap I’m really happy with it.”

When it comes to the battle for the championship, the focus remains the same: score points. Hauger has done the hard part of gaining pole but now needs to convert. Starting in 12th for Race 1 on Saturday, there are certainly strategic options for the Norwegian. The focus for him however will be on the Feature Race on Sunday.

“It’s still just qualifying and I don’t think we lost any momentum. I think we just had to regroup ourselves and get back in rhythm. I think we managed that well. There are still three races this weekend that has to be done and we have to get points. We just have to stay calm and focus ahead. We can’t afford to relax at any point.”

It certainly has been a turnaround for the Prema team who struggled for pace in a wet qualifying in Spa. Prema are leading the Constructors Championship by 16 points over Trident. Despite getting pole, Prema have only got one car within the Top 9, whereas Trident have three drivers within the Top 5. Hauger’s title rival, Trident’s Jack Doohan, qualified in P4 while Doohan’s teammates David Schumacher and Clement Novalak qualified P2 and P5 respectively.

For Hauger the pressure will be on him to maintain Prema’s lead in the Constructors’ Championship as well as his lead in the Drivers’ Standings.

“It is a weekend to weekend thing”, he said when asked why he has suddenly regained his pace after Spa. “Sometimes you find things that other teams don’t. It would be nice to have my teammates around me for the Teams’ Championship.”

With Hauger’s aim being to maximise the Feature Race on Sunday, he will have to use the two Sprint Races beforehand to prepare for one of the weekend’s unknowns: tyre degradation. The unique style of Zandvoort’s many fast banked corners may have a larger impact on tyre wear than usual.

“I don’t know how much the banked corners will affect the degradation. I think that in general the teams don’t have too much experience in terms of how much degradation there is. There is quite rough asphalt here and parts of old and new tarmac. This makes it special. Most teams have an idea but don’t know exactly. We will have to wait until race one and then we will have an idea of what to do then. Until then we have to wait.”

Hi there! Like our content? Consider supporting us by following the banner below, so we can continue reporting on all the single-seater feeder series. This is our only stream of income so everything is welcome.