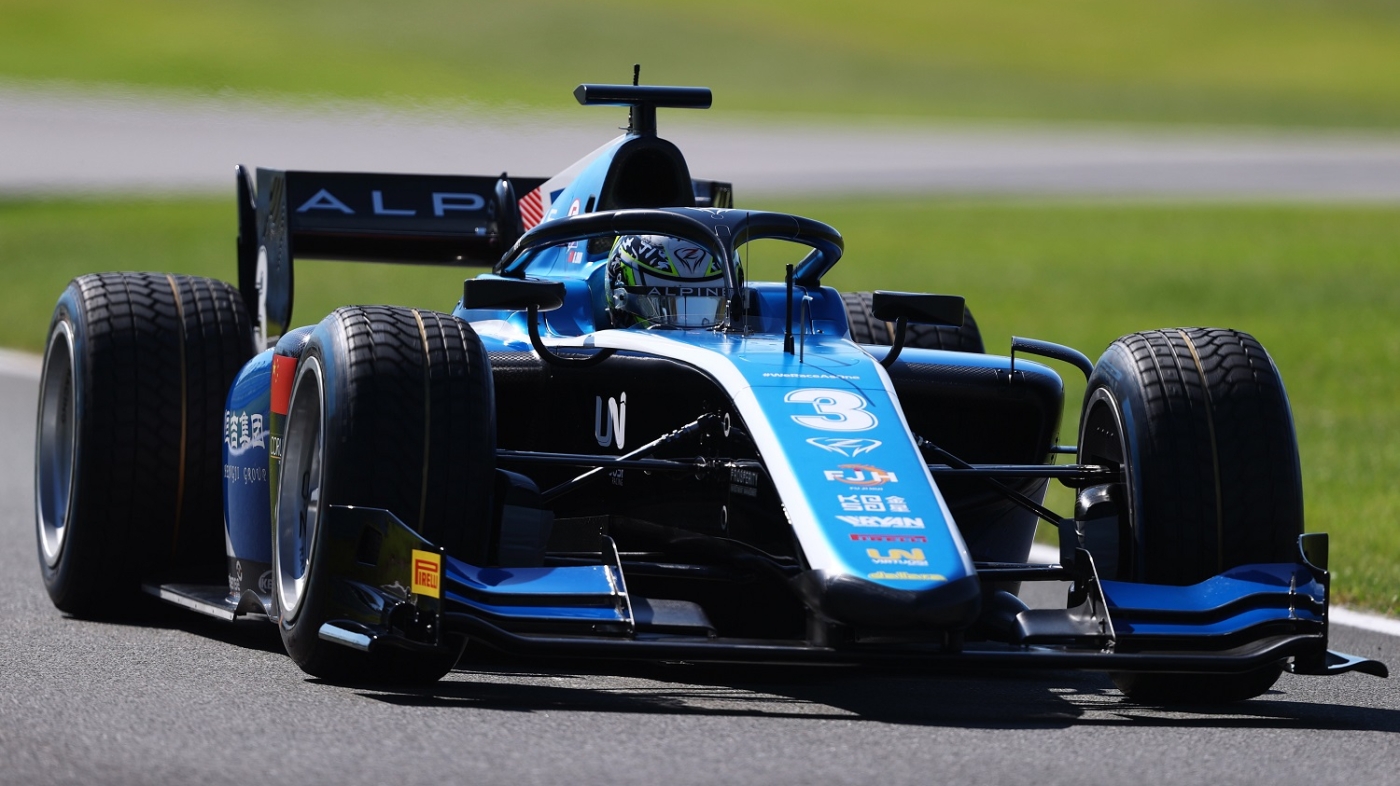 The rise to the top of motorsport is something that can’t be quantified. Every driver has many hurdles, tasks, and challenges they must endure to achieve their lifelong dreams of reaching Formula 1. For some it comes easier than others, but in Guanyu Zhou’s case, the journey to the very peak has been a challenge that’s unique all on its own. The young Chinese prodigy talked to F1 Feeder Series about his season so far, his highlights and how he’s been handling the pressure in what’s becoming a standout year for the Alpine Academy driver.

Coming into the second half of the season, Zhou is having the season of his life. Taking three wins and breaking that crucial feature race duck, he now sits just five points behind championship leader Oscar Piastri. The UNI-Virtuosi man gave us his thoughts on the season so far and how he’s been treating the longer breaks in the 2021 calendar.

“Yeah, the break has been pretty normal. With the COVID stuff I couldn’t go home, which I haven’t done much of for the last two years now. But I’m quite used to this format now and staying in the UK. Last week I was in a two-year-old F1 car doing a testing plan with Alpine. So, it’s nice after such long breaks that we’re driving something, particularly when it’s an F1 car you can learn quite a lot and can get you better prepared for upcoming F2 races.

“My goal for the second half of the season is absolutely trying to win the championship. On the other hand, I think we’ve shown our speed at most of the tracks except from Baku. For the first four rounds, two of them wasn’t out team’s strongest tracks in the past and we were happy to be leading the championship for so long and now being only five points behind. I’m looking forward to going to Monza, Sochi and Abu Dhabi because I think we’ll be strong there, and Saudi Arabia will be a question mark for everyone.”

And in what has been one of the closest fought Formula 2 seasons for many years, every driver has had many highlights and lowlights, with the title lead going back and forth in the opening four race weekends. Zhou is no exception of that, but his Feature Race win in Bahrain and Silverstone is something that he was proud of, despite recovering from setbacks during those weekends.

“Taking the first pole position and winning the feature race which was my first feature race win is definitely a highlight. The whole progression of the race was good to see because we got caught out by a safety car and about four people gained a free pit stop and jumped ahead of us. Then we had to force our way back to get the victory so that was a highlight.

“The other one was probably at Silverstone in terms of bouncing back. I made a mistake by leaving the throttle peddle on the start position and then I spun and scored zero points that day. My goal was to try and win Sunday’s race to try and come back in the championship, which we did. So, mentally I would say it was a good way of showing other people as well.”

Pressure is something that comes with the territory when chasing championship glory in the feeder series leading up to Formula 1. The allure of racing at the very top is a driving force for all drivers, and Zhou’s believes that his experience should help in his pursuit of the 2021, as he’s had to contend with past troubles since joining the series in 2019.

“I have to say that if I was in this position two years, the pressure wouldn’t be much higher. As a rookie you don’t have much to lose. If you do well it’s impressive and if you don’t, it’s considered as learning or progress. This year the pressure is high, but it’s not much higher than last year, as my goal was to try and finish top three in 2020. It never really went to plan, so you could say last year was even more pressure as I was in tenth place in the championship at one point so the whole year I was chasing and moving forward. Especially after the tough season last year I would say I’ve become a lot stronger mentally. We had a lot of failures last year.”

With the ever-narrowing driver market to land a seat on the F1 grid for 2022, Zhou admits that it’s becoming increasingly difficult to find a spot. But the Chinese sensation and Alpine Academy driver is working hard with his team to find a spot, but also believes that the focus must remain on getting wins and solid points finishes in F2 this year.

“I’m pushing very hard to have a seat [in F1] in 2022. That’s the goal and my all-time dream to be the first Chinese Formula 1 driver. Everyone knows that available seats next year are very limited compared to the year before. Alpine don’t have a seat, but we are pushing very hard with the team to try and put me somewhere together with other teams, but we will have to wait and see as nothing has been fully decided yet.

“Definitely I want to keep winning races, keep scoring big points from the weekend and it think that’s better for me and my future.”

The Formula 2 Championship resumes next weekend on 10th September at the famed Autodromo Nazionale di Monza to kick off the second half of the 2021 season.

Hi there! Like our content? Consider supporting us by following the banner below, so we can continue reporting on all the single-seater feeder series. This is our only stream of income so everything is welcome.