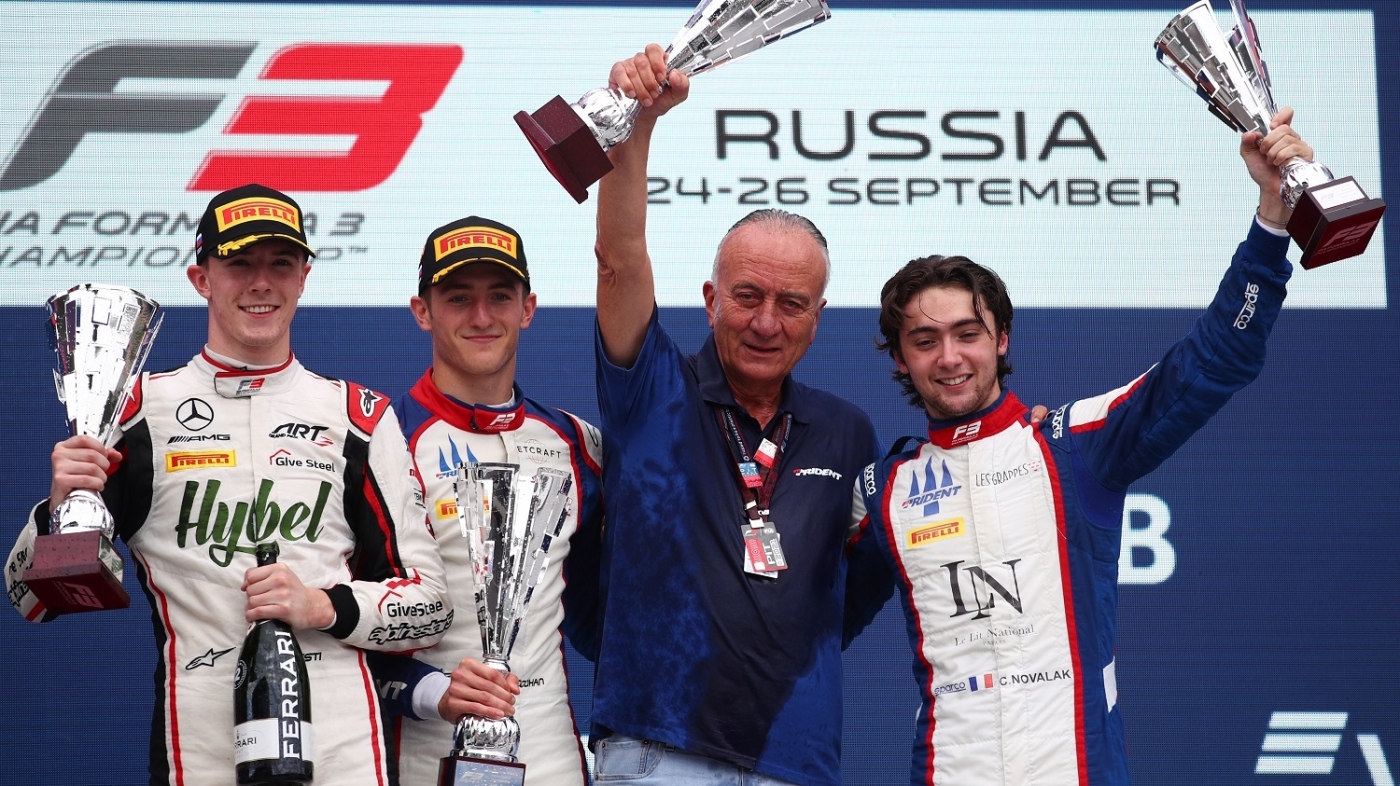 The F3 season came to end Sunday morning, with Jack Doohan taking the race from pole position. Frederik Vesti came home in second for ART and Clement Novalak rounded out the podium. The three sat down with F1 Feeder Series and various media members to discuss their futures.

It was the three drivers second season in F3 and for all three of them, it’s their last: “Yeah I think I’m done [with Formula 3]” Doohan said.

“I’m very happy considering where we were last year. I didn’t end up in one race, in the points last year and now I’ve ended up with two poles, seven podiums and four wins this year. So yeah, I’m ready to take the next step in my career and keep the form going.”

Frederik, who finished fourth in the championship is happy with his time in F3: “Well, to be honest, I’ve had such an awesome time in F3. I don’t know, I can’t tell you because I really don’t know what I’m doing next year. It’s about budget. We are really pushing hard to find the money for the next step up.”

Clement Novalak, whose third-place finish secured the teams championship for Trident, is looking onwards and upwards: “I believe this is possibly my last race in F3. Obviously finishing in the top three [in the championship] you want to take the next step. Whether it’s Formula 2 or somewhere else.”

When that last sentence by Clement was raised to the other two drivers, they agreed that F2 may not be their only options: “It’s difficult,” Doohan said.

“Depending on what we are doing next year. What’s available. As drivers, we just have to pick the best available option and look at, not only Formula 2, but everything else. Take all options in budget terms, choose which one will be best for my career.”

With the F2 season still going on, Vesti stressed the need for patience: “With the F2 season not ending till December, there’s still a long time. I’m sure some F2 teams know what they are doing next year but some aren’t. As drivers, we just need to push on and find the best possible seat, if that is F2.”

This last weekend, it was announced that both the F2 and F3 will be reverted back to a two-race weekend. The drivers were asked their thoughts on the announcement: “Super keen [on the new format]” Doohan said.

“The two-race format is a lot better. Even this weekend, I had a really bad race one, I still was the top scorer this weekend, because I had the pole and the win today. If you have a bad race one where something out of your control happened, it could destroy your championship. So I’m happy to be back, if I am, to it.”

Vesti believes that this years format rewarded things it shouldn’t have: “The new format is clearly better. This year I feel like you have sometimes been rewarded for a bad qualifying. I feel like it was the wrong way of rewarding people”.

The F3 season is now over, with Dennis Hauger as the champion. We wait and see what is next for Doohan, Vesti and Novalak.

Hi there! Like our content? Consider supporting us by following the banner below and buying us a ‘coffee’, so we can continue reporting on all the single-seater feeder series.