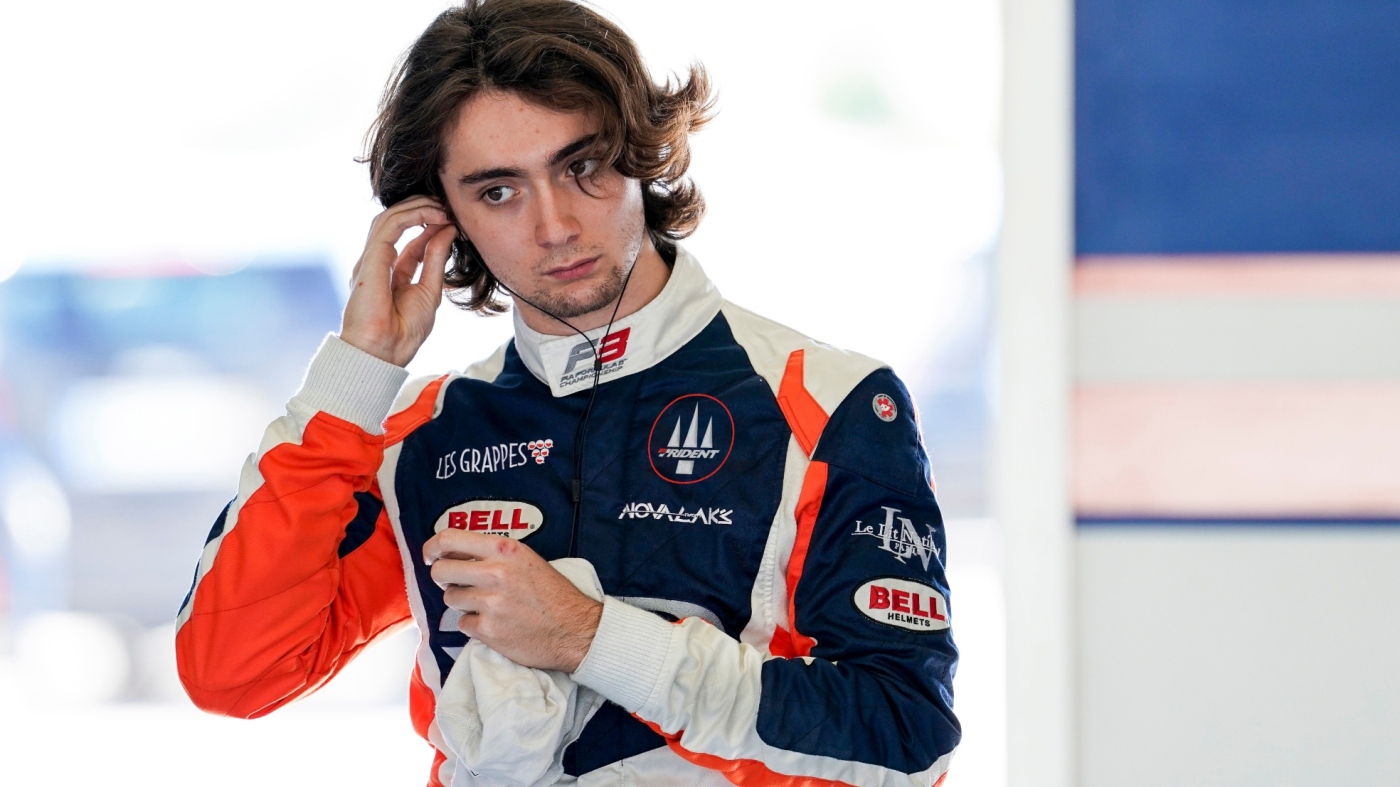 After a two-month break, Formula 2 returns this weekend for the penultimate round in the championship at the newly constructed high-speed Jeddah Corniche Street Circuit in Saudi Arabia. While the battle for the Championship is still ongoing, there have been some driver line-up changes between the last round in Sochi and now, with four new drivers that have graduated from this year’s F3 campaign.

MP Motorsport display a whole new line-up. F3 runner-up Jack Doohan and third-place finisher Clément Novalak (who were teammates this season in F3 at Trident) have replaced Richard Verschoor and Lirim Zendeli for the final two rounds. Novalak has also been signed up for the 2022 F2 Season with MP Motorsport.

Speaking to selected media including F1 Feeder Series on Thursday, Novalak described how his transition to F2 came about.

“I started speaking to MP Motorsport a little bit before Sochi. They told me they were very interested in next year and we decided to go ahead with that deal in the first place. After Sochi they told me that Lirim [Zendeli] wasn’t going to finish the year and asked if I was willing to do the last two rounds with them. For me it was a no-brainer, it allows us to start working earlier on 2022, but also get some more experience for myself ahead of the beginning of next year.”

For Olli Caldwell, who finished 8th this season in F3 with one race win, he said that he, “always had a thought [about F2] throughout the F3 season but didn’t start speaking to Campos until Sochi because that wasn’t what we should have been focused on until the F3 season was done.”

For Novalak, while a lot of things have changed with his transition to Dutch outfit MP Motorsport in F2, a lot has stayed the same. He said, “It might be a team from the Netherlands but actually all the engineering crew are Italian so they speak the same language as they did at Trident, so at least I can pick up when they speak badly about me. I’ve settled in very well to be honest and having Jack [Doohan] as my teammate is no different.”

Novalak was beaten by Doohan to 2nd place in the F3 Championship this season but performed strongly all year despite not winning a race. When asked whether having the same teammate from F3 would be a help or hinderance he responded, “In some ways it can be a disadvantage coming into the middle of the season, knowing that you don’t have an experienced teammate next to you. It’s always useful to have a driver that has done the rounds before but it was good fun working with Jack [Doohan] and it will be again to be in the same team in F2 for the last two rounds and we will challenge each other.”

For the four F3 graduates, the perfect storm of drivers pulling out of F2 due to financial reasons and the F3 season ending much earlier has allowed them the opportunity to show their abilities in better machinery and try and capture a seat for next year’s Formula 2 campaign.

Novalak is already well-aware of the enormity of the jump between the two categories. “I’ve spoken to a few drivers and tried to gain as much experience from them as possible regarding the car. There is definitely going to be a big learning curve over the next two rounds.”

There is a lot to be said about the transition for F3 to F2, but the added challenge of the fastest street circuit in the world will mean that there is no hiding place for these drivers. Speaking to Caldwell and Novalak, both have stated that they have no objectives or goals this weekend other than learning the track and more importantly the car as quick as possible with the 45 minutes of practice time on Friday.

Logan Sargeant added that the nature of this new street circuit “sort of puts us [the recent graduates] on a level playing ground [with the more experienced drivers].”

When discussing the nature of Jeddah’s layout and specifically the 3 DRS zones, Novalak joked that, “It will be a bit different from Monaco, being a street track where you can’t overtake to a track where you have three DRS zones and is probably more similar to the Red Bull Ring.”

Finally, while for these four graduating drivers, these two rounds in Formula 2 are bonuses for them after their F3 season already concluded at Sochi, they still have had to wait over two months since last racing in an open-wheeler. There is still a lot to race for within the championship as well as the opportunity to impress and secure a seat in the Formula 2 paddock for next season.