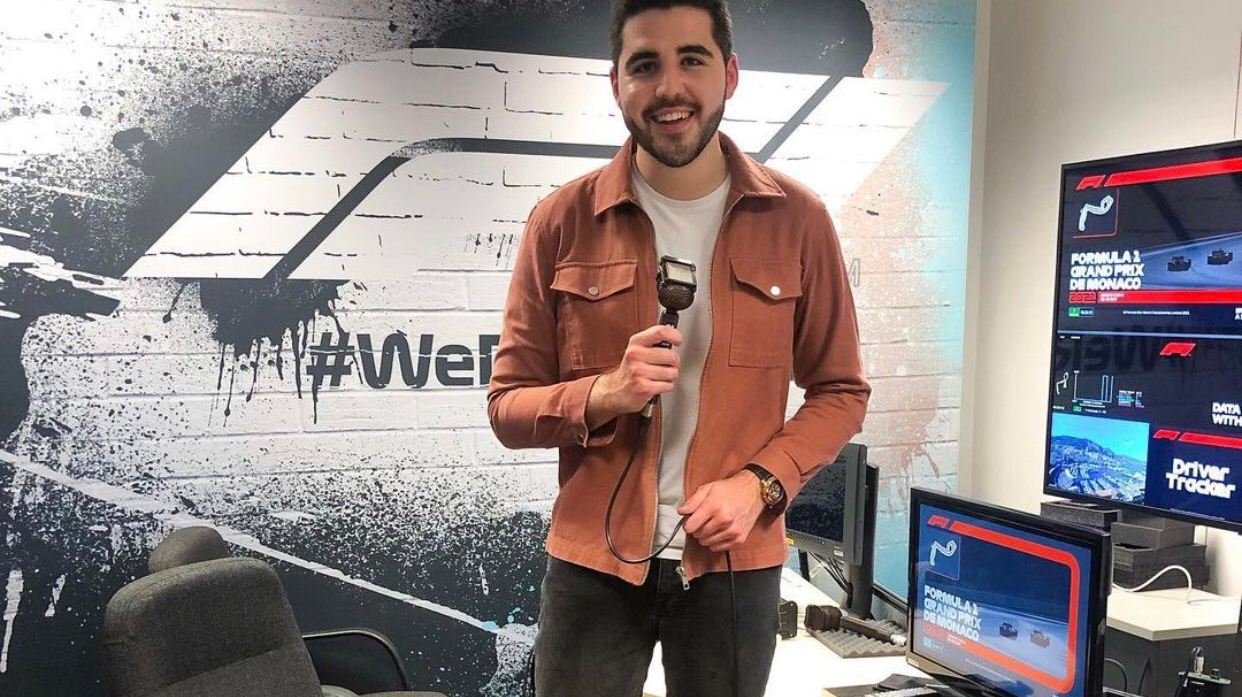 We all flock to motorsport to watch the best of the best fight wheel-to-wheel. Great moments on the track can be elevated off the track. A great commentator can elevate moments of magic into moments of a lifetime. Harry Benjamin had never done TV commentary before this year started, now he has commentated on the Porsche Super Cup, Euroformula Open, F3 and F2. Harry sat down with us to discuss his crazy first year in commentary.

Coming from an acting background, Harry had no problems talking and being confident in front of people. His first big break was on a national radio show: “I was doing commercial radio so you don’t actually get long to talk, funnily enough. But when you do talk, you’ve got to be able to get everything out that you want to say, sounding as succinctly as possible and as concise as possible.”

Fast forward to the middle of July this year, just a few months into his commentary career, and he was called up to commentate on the F2: “Practice and qualifying had already happened for Formula 2 and it was the British Grand Prix and they cancelled Porsche for that weekend so I thought, alright, a bit gutted. I wanted to be involved somehow. But weekends off that’s nice and rare.

“Then Friday afternoon, I got a call saying yeah, we might need you for F2 alongside Rosanna [Tennant]. I’ve missed practice and qualifying, so I had Friday afternoon to prep. That was frantic.

“I wasn’t the lead commentator; I was the co-commentator. That helped take a bit of the pressure off actually. I was, actually, replacing Jordan King, who couldn’t do it last minute. But I’m not a driver expert and I don’t claim to be one. So, I’m gonna have to be a lead commentator, because that’s all I know how to do. But I didn’t have to be as prevalent.”

This wasn’t the first time F1 brought Harry in. Just two weeks before, Harry subbed in for the Formula 3 weekend at Austria: “On the Wednesday of race week. F1 rang me and said you might have to sub in, would you be up for it. And of course, you say yes.

“Suddenly I was told that I’m going to be alongside Jordan King. And this was a massive deal for me. And I was like, where the hell do you begin. Because there was Porsche that weekend as well. Suddenly, that became the easy one. Now I have to prep for 30 cars in a field of drivers. I’m a fan of Formula 3, I’ve watched F3. But when you suddenly have to know it in a commentator’s detail. It becomes a very scary place.

“It was, I think, King’s first-time doing Formula 3 as well. So, it was the blind leading the blind. But he’s the driver, he can say whatever and it’s fine. He helped me out a lot. So did the entire team.

“I’d like to think I pulled it off. It was intense. Three races. I made a few mistakes, which is inevitable. I loved every single minute of it. One of my friends saw a clip of it, the battle with Nannini and Sargeant up front, and they were like, drink every time you say Nannini.”

Harry was thrown straight into the deep end at the start of his commentary career, when he became the lead commentator of the Porsche Super Cup. A competition that has seen the likes of Patrick Huisman, Rene Rast and Michael Ammermuller, and currently Larry ten Voorde, run rampant.

There was no easy entry, with Harry’s skills being put to the test early: “My second ever commentary, which was Monaco Porsche Super Cup. It was race day. Around Monaco, you’re already thinking, it’s already not going to be a particularly interesting race. Past Sainte Devote, on the run up to the Casino, there was an incident, a car blocked the track. They threw a red flag. There were quite a few cars damaged.

“I didn’t realise at the time, but that red flag lasted for half an hour, which was the full length of the broadcast. So, I had to fill for 30 minutes of nothing and this was my first ever Porsche race. It was really a testament to see if I’ve done my homework. Then after half an hour. They restarted the race, so another 30 minutes.

“I was kinda glad it happened so early on. I thought, if you can do that, you can do anything.”

Working your way up

It also takes time and experience: “I was the work experience kid. The runner. I made the tea’s and the coffees. I shadowed commentary boxes. I shadowed pitlane presenters. I saw how it all worked from behind the scenes. But that never quite prepares you for when you are in the hot seat.”

It’s all a bit of a fever dream for Harry. But the experience he has gained has been invaluable. Hopefully he will grace our ears for years to come: “I used to watch these championships, GP2, GP3, years ago. Not even comprehending the idea that one day I may be commenting on it. I’ve always wanted to be a presenter and a broadcaster but commentary was never on the cards. So, to find myself doing F2, doing F3, working with F1, was just mental. It was a baptism of fire, dropped in the deep end, there’s no better way of doing it.”

Hi there! Like our content? Consider supporting us by following the banner below and buying us a ‘coffee’, so we can continue reporting on all the single-seater feeder series.