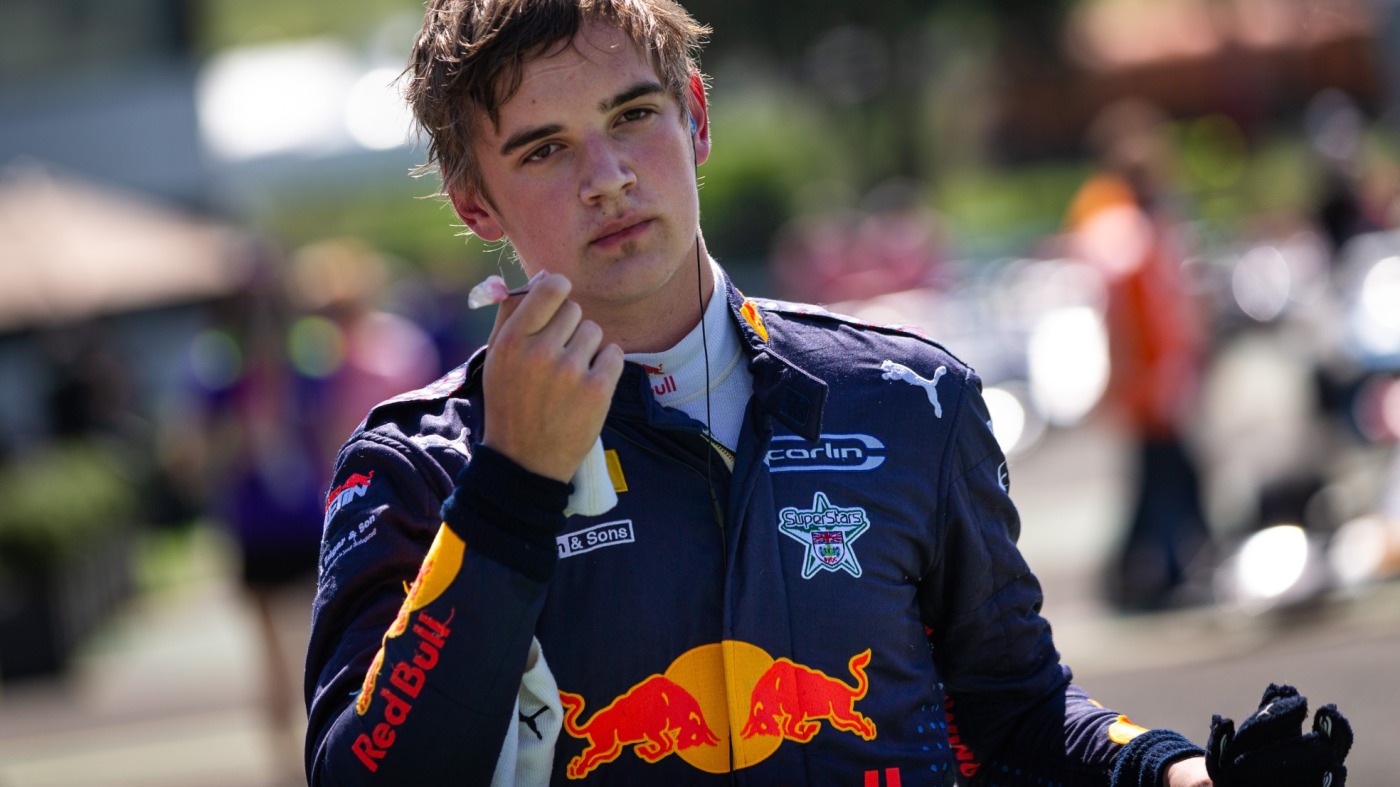 At the start of April, it was announced that Trident driver Jonny Edgar would be pulling out of his 2022 F3 campaign after being diagnosed with Crohn’s Disease. The Red Bull Junior driver had stepped up to Trident after a strong season at Carlin in 2021 but after struggling through Bahrain, Edgar decided to step back. The 2020 ADAC F4 champion sat down with F1 Feeder Series to discuss what he has gone through in 2022.

From the outside looking in, it was a normal opening weekend. Edgar was a part of some people’s title challengers and was part of a Trident team that had just beaten Prema to the teams championship the year before. It then came as a shock when the Red Bull backed driver qualified 15th and finished in 13th and 11th in the two races. However, the British driver revealed after the opening round that he had been battling illness throughout the weekend and for the months leading up to Bahrain.

Trident team manager Giacomo Ricci said in a statement that Edgar had given the team his maximum. But the illness meant he couldn’t give what he wanted. “It was difficult to drive the car” the Brit says. “At the test it wasn’t easy but I could drive it fairly okay, I still had a bit of strength then. Between the test and the race, I lost quite a lot of weight and even before the test I lost a fair amount of weight. It was five kilos in two weeks before the race weekend.

It wasn’t coming naturally, I had to think about everything a lot more. I knew what to do but I just couldn’t do it

“The first lap of practice straight away I couldn’t brake hard at all. After the first lap I was really out of breath which isn’t normal at all. I was hoping it was like the test where it wasn’t easy but I could still get through it however everything was just so difficult. It wasn’t coming naturally, I had to think about everything a lot more. I knew what to do but I just couldn’t do it.

“Whenever you are slow it’s not fun but especially then. The braking is where I lost the most time because I simply couldn’t do it. T1, T4, T11, the final corner, I just couldn’t do anything.”

F3 is very physical, and with drivers like Edgar, who are only 18 years old, it poses a difficult challenge. And with a disease that harms your strength, it’s near impossible. Edgar admitted he had thought about pulling out before his team sat down with him to discuss the possibility.

“After Bahrain I was getting even more ill and I wasn’t eating much. When we discussed the chance of not continuing, I had kind of already thought about it. It’s not like when I feel fine, I can jump right back in, with the weight I’ve lost it will take a while to get the strength back. It would be round six or seven in the season before I even start to feel okay again and even then, there’s no chance I could do well. Of course, it’s not great to not be racing but it wasn’t that hard of a decision.”

A plan in place

The British driver seems to be in pretty high spirits considering the circumstances, discussing many feeder series topics with fans and helping those fans understand the racing and cars better. Edgar has a plan in place to get as close to racing condition as possible for the rest of 2022 and luckily for him, that includes the occasional McDonalds meal.

It’s not like when I feel fine, I can jump right back in, with the weight I’ve lost it will take a while to get the strength back

It all leads to his return which will hopefully include the F3 post-season tests at the end of the year: “The plan would be to test in some sort of single-seater when I get back to get used to driving again and hopefully be ready for next season.

“I’ve always found, however much training you do, when you have a break, it’s not quite the same, driving. Over the winter everything can improve but when you jump back in the car it’s harder than when you left it last year, especially the first few tests.”

Despite all the struggles Edgar went through, the Brit had high praise for the Trident team, from top to bottom: “I did the Valencia test with them last year and they were really good. All the engineers and everyone, they were nice.

Whether he would have challenged for the title this year will forever be unknown but Edgar knew he had a quick car, despite his lack of time with it: “The car was really good.

“Took me a bit to get used to because of how their car is. It’s a different driving style to what it was in Carlin. Valencia, I struggled a bit but by the time we reached the Bahrain test that was all fixed

“Bahrain is quite specific and different to all the other tracks. But at the test there were some things with the balance that weren’t great but even with that we were still fast which was good. Any run that didn’t have traffic the pace was fine. Sometimes when we got traffic, we would just look at data and see I was very close to my teammates but the traffic was where we lost the time.

“When we came to the race, the team used all the data we got, made some changes to the car and for me, the car felt better by a fair bit.”

Everybody at F1 Feeder Series wishes Edgar a great recovery and we hope to see him out on track as soon as possible.

Or enter a custom amount